The Royal Vagabonds, Inc. social club had its beginning in the early 1930s when a group of professional young men of color formed a social club. Their intent was to provide a higher form of social activities that were generally unavailable to men of color because of the limiting social mores of the times. The social club hosted an annual golf tournament to raise funds for its philanthropic endeavors for 59 years.

In 2003, the social club started a separate charitable entity, Royal Vagabonds Foundation, Inc. In 2007, the IRS granted the Foundation 501 (c) (3) tax-exempt status. The operation of the golf tournament was assumed by the Foundation in 2008. In 2009, the funds from the tournament allowed us to give $1700 to an inner-city school to support a Seventh Grade Reading Program, and over $7000 to the Employment Connection, Inc. to assist them in establishing a youth support program. In 2011, we were able to award $10,000 in scholarship aid to 10 St. Louis Metropolitan area high-school graduates. In 2016 the number of scholarships was increased to seventeen, and to nineteen in 2017, and then to twenty-three in 2018!

Apply for the scholarship on Scholarship Central.

2012 – The Leadership Luncheon, celebrating religious leadership, was held in February, bringing the fundraising
activities to three: the golf tournament, concert, and luncheon. A total of $13,000 in scholarships were awarded to 13 St. Louis-area high-school students.

2011 – A golf tournament was held and a jazz concert was added as a fundraising activity. Lynn Fiddmont was the first performer. The concert was held at the Sheldon Memorial. A total of $10,000 in scholarships were awarded to 10 St. Louis area high-school students.

2010 – The golf tournament was the fundraiser for the RVF and was held at Grand Marais Golf Club. The RVF awarded $10,000 in grants to two 501(C)3 activities in the St. Louis community.

2009 – The RVF operated under the purview of the Executive Committee of the Royal Vagabonds, Inc. social club until 2009. Operation of the Foundation was transitioned to an independent Board of Directors consisting of eleven members. Seven members were members of the social club who did not hold office in the club. Four members were individuals from the community. The Board selected officers, adopted a constitution and by-laws, and assumed operational control of the RVF and participated in the foundation’s decision making process.

A Message from the Royal Vagabonds Foundation, Inc. President 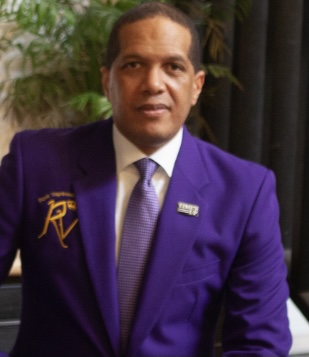 Since its inception in 2003, the Royal Vagabonds Foundation, Inc. has continually increased its capacity to assist young people in their pursuits of educational advancement. In addition to the Golf Tournament, the Foundation has added an Annual Jazz Concert, held at the Sheldon Concert Hall, bringing in both local and national artist. Additionally, the Royal Vagabonds Foundation, Inc. Leadership Luncheon Awards are held every February. The luncheon recognizes civic, community, and religious leaders for their outstanding contributions to the St. Louis Metropolitan area.

Money raised from these three events supports many area initiatives and organizations that are listed here on our website. The Foundation has also awarded well over $200,000 in scholarships to graduating seniors from area high schools. Scholarships are awarded in May or June of each year at a reception honoring the scholars and recognizing their parents or guardians.

On behalf of the Royal Vagabonds Foundation, Inc., I encourage you to make a donation of any size to help the Foundation continue its philanthropic endeavors. If you are already a supporter of the Foundation, I extend a heartfelt thank you. Please encourage your friends, family members, and co-workers to visit our website and attend any of our events.